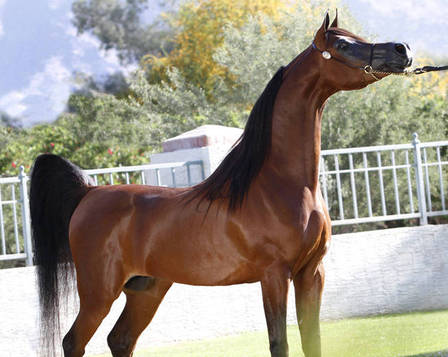 It is not by accident that this young 'dream come true' exhibits quality that cannot be denied. His sire, DA Valentino is one of the most accomplished halter stallions of all time and is producing greatness far beyond his own. Vitorio's dam line leads to the great sire's of yester year, *Salon, El Paso and *Naborr. Quality, substance, confirmation and elegance are present both in the flesh and on paper!