The Arabian Horse Breeders Alliance(AHBA) is a non-profit organization dedicated to promoting the Arabian horse. It is creating and hosting a purebred Arabian Horse show, the The Arabian Breeders World Cup, held annually in Las Vegas at the South Point Hotel & Casino. This event has become one of the premier purebred Arabian horse shows in the world. The Las Vegas event is truly an “International horse show,” uniting breeders worldwide. It showcases the natural beauty, nobility, excitement and unique characteristics of the Arabian horse breed and provides a lively and entertaining experience for existing breeders and those new to Arabian horses. 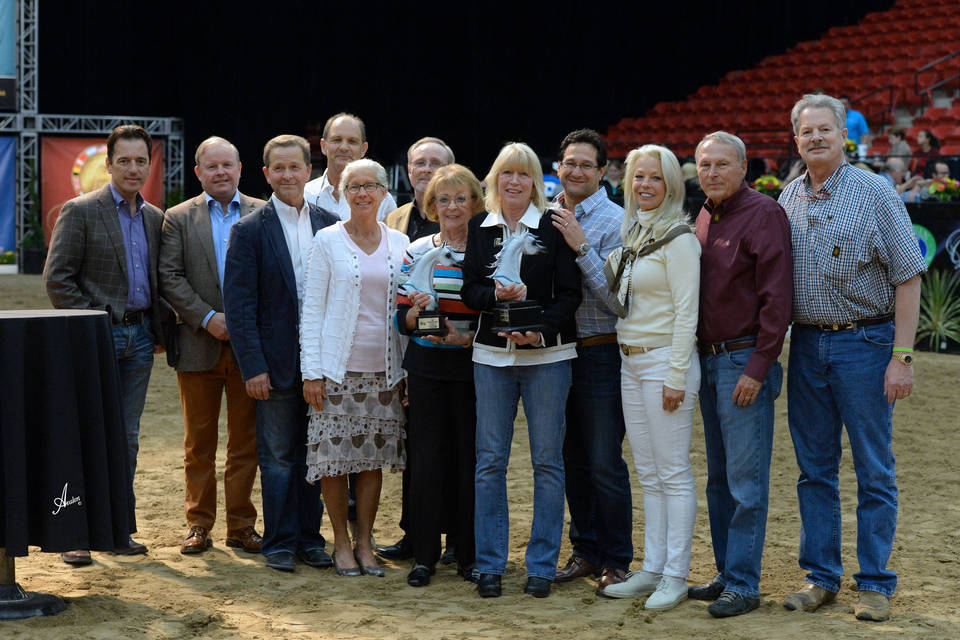 The goal of The Arabian Breeders World Cup is to introduce new people to the Arabian horse and to provide opportunities for them to get involved in the Arabian horse industry. All efforts of the AHBA will be concentrated on creating an event that is irresistible to the public -- one that touches the attendee’s heart and soul and makes them think: "I want an Arabian Horse!"

The Arabian Breeders World Cup is a horse event like no other in the U.S. To begin with, it features a showcase competition for purebred Arabian breeding classes. These breeding classes are conducted in the European style using the World Cup Scoring System, similar to the one used at the All Nation’s Cup in Aachen, Germany and at the World Championships at the Salon du Cheval in Paris, France. Through the use of the European style of showing, the show emphasizes a more natural way of preparing, presenting and showing the horses so that their true Arabian spirit shines. In addition, the European judging system is more transparent as each judge is required to display the scoring results to the audience after each horse is judged. As a result, the spectator can be more involved and can better understand and appreciate the attributes that the judges are appreciating and those that they are not. The show features 5 International judges -- a true mix of the best from America, Europe and South America -- with the goal of achieving the highest possible standards of judging.