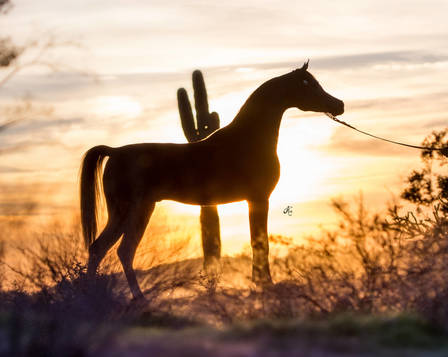 This is a brilliant and bold colt is sired by US National Champion, Barzan Al Shahania and is out of Scottsdale Reserve Champion, Forever Mi Dream. A pedigree of brilliance, star quality and success resulted in a dream come true for breeders Jack and Elizabeth Milam of Regency Cove Farms.

Antares is the reining champion of the United States Nationals, Scottsdale and Arabian Breeders World Cup Yearling Colt Class. To have been named Champion at the 3 most important horse shows in the United States in the same year, is truly an honor.

Team AITC is thrilled to have been a part of this young colts career as we look forward to many more years of success with Jack and Elizabeth!